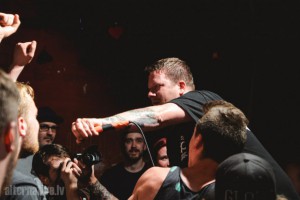 First of all, gig ads

Sometimes I want to stand in the middle of Brivibas iela and shout — guys, are you fucking serious? And there’s a lot of reasons. The main one is how you advertise some underground gigs. Just an example: one of the best bands in Riga Anna Kieva played in Aptieka bar a few weeks ago. How a guy like me, who is totally into that kind of music, would know about it? Of course, Facebook events. I’m subscribed to Aptieka’s events, and yeah, I had that notification. On the 6th of October. The gig was on the 10th. Four days in advance? Really? OK, it might be that not a lot of people here have anything to do at all, but it’s fucking Saturday. Saturday, you know, the day when everybody want have a good time and sometimes people plan it. Especially if you work a lot, have some friends with their parties outside of the scene and if there’s some major event like Skanu Mezs festival on that particular day.

It happens all the time. Nabaklab, Depo, Kanepes, anywhere else — gigs are added on Facebook on a short notice, a lot of people due to craziness of FB  just don’t see them or don’t have any time to make a decision. OK, sometimes gigs just come out of nowhere — my friends once played just because they all went to the show to drink some beer and the manager thought it was a good idea to get them on stage just because they were here. Actually, it happened in Moscow, not in Riga, but who cares, Chomskys sometimes play random gigs and not only them. But of the time it’s not like that. Anticipation is a very important part of the gig, and people have to wait for it — not just get notified if a few days that something is happening in some nice place. That’s why a lot of people who might go somewhere, especially guys in their thirties who have their families and shit but still want some punk action don’t go anywhere. They don’t feel it like something special, especially if they don’t know anything about the bands. Plan it, guys! Create anticipation! Two weeks notice is minimum.

And here’s the second problem — presentation

Most of the gig events on Facebook are like that: here are the bands, here are some keywords like post-country, death-bluegrass, sympho-black-and-white-noise-alternative-to-alternative-not-so-rock, whatever, and then some links, mostly to Facebook pages. We’ll talk about their Facebook pages later, it’s also a big problem. Sometimes there are a few words about the bands, but not a lot, and you don’t see thematic events at all. Yeah, you can figure from the music that those bands play that it’s kind of the same attitude, but it would be easier if the gig event shouts it at you. Most of the gigs don’t have any posters at all, and that’s a shame. Riga is full of great DIY artists who can make great posters — and those posters make sense, it creates a feeling of something special and cool, something that you can’t miss. Just think of Raymond Pettybone’s stuff, it was so important for SST and for their success. It might help to set it as a rule that the main band of the night is responsible of a poster.

But fuck that visual shit. We’re in Riga, and here are a lot of guys like me who don’t speak Latvian well. I’m talking about English, Finnish, Swedish, German lads and gals, students, IT-people who work here and who are willing to see some nice outfits live, Russians who moved to Latvia only recently. It’s really not that difficult to translate a small amount of words about the gig in English — and that’s what Depo doesn’t even try to do for no fucking reason at all. There was an American band playing at Depo in the beginning of October, why the heck not to translate it in English and to make it easier for English-speaking people? You look at some names and if you don’t know them it’s a Russian Roulette, a gig might be good or bad for your taste, but there’s no way to find out other than to go and see in first person. And after a few misses people won’t go back and their impression might be that there’s a music wasteland in Riga — which is totally not true.

And the most important thing. Gig time

Everything above actually doesn’t matter at all when gigs start when they start right now in Riga. Just a few examples. Nabaklab, Tuesday night, massive line-up with Tesa and amazing Russian band Bicycles for Afghanistan. The first band starts at 22:00, the last — at 00:20. Tuesday the week after that show — incredible line-up with headlining American Pitchfork-rated band Torche. They started playing at 00:20. On Tuesday. Correct me if I’m wrong but I think unemployment in Riga is not that high and some people actually have their jobs and, what else, they go to universities and colleges, especially in the middle of the week, and not all of them live in the walking distance from Nabaklab.

So why the fuck gigs start so late? It’s not only those gigs and not only Naba. Nothing, literally nothing starts on time — so you can’t plan anything, especially if you go alone or you’re here only for music.I’ve seen a massive two-hour DJ set in Aristids BEFORE the gig and the gig started around 1 am. It was ok as it was Friday. But it happens mid-week too. The biggest problem that people just stop going to gigs. I love Tesa and BFA, but I didn’t go — I had to get up pretty early on the next day, as a casual working person and couldn’t afford getting home at 1.30 am. I love Torche, but I missed them too for the same reason. And it wasn’t only me, a lot of my friends decided not to go too — it’s just uncomfortable. It’s not only me who’s angry with it, just read the article by Reinis Graudins from Alternative.lv if you know Latvian (or you can use Google Translate).

Doors at 8, gig at 8.30 — that’s the rule they have in London, and it’s unbreakable. You always know when it starts and when it ends, you can plan your day, go to see some music and even have dinner after it — or party with your mates.That might be a bit hard for Riga, but come on, starting at 10 is fucking ridiculous. It’s too late and a lot of us just don’t go anywhere. 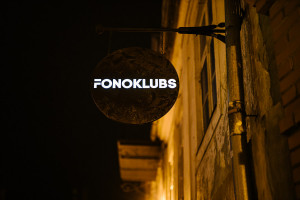 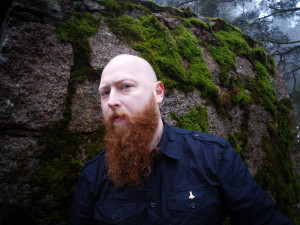 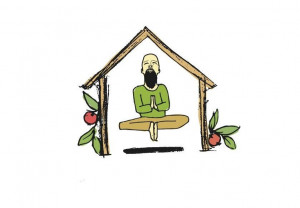