Having done a full European co-headline tour with the hardcore band Hopes and playing as many shows as possible over the years, Call Tracy have become the leading act of the Czech pop punk scene, among other things having supported such names as The Story so Far, Handguns, or Get the Shot and appearing at major Czech rock festivals. The band made their TV appearance in 2015 on TV Ocko, the largest music TV channel in the Czech Republic.

Primal Spirit is a band of metalcore warriors from Russia. They will crush your skulls with overblasting riffs. Shared the stage with Deez Nuts in Riga. 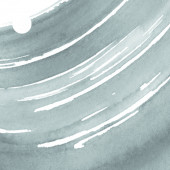