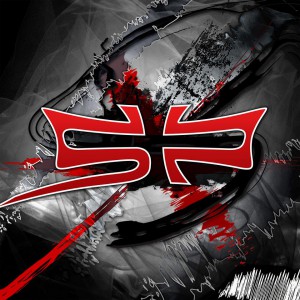 The metaphorical dawn of time for Stagnant Project can be pinpointed quite precisely to the winter of 2010 – with Credit Crunch on the rise and cocaine and hooker prices at their all-time low. Unable to endure a musical hiatus any longer, a metal maniac Paul Rutkovsky came to Ed Ondruks with an idea to create a metal band with no genre limits and a fat, ballsy sound. Thus, ladies and gentlemen, the first SP line-up was formed.
After some successful summer live shows, the band decided that it was time to start writing material for their first demo album.
Now, before that album, titled “Rorschach Test”, saw the light of day in 2012, SP had ended up playing a series of successful shows in Latvia and abroad, winning a young band contest called "Fresh Blood '11" (held in Riga), and receiving the “Best Young Metal Band in Latvia '11” nomination from Latvian Metal Awards. “Rorschach Test” received high attention from local metal community and got a number of positive reviews.
In February 2014 Stagnant Project released their next work - a concept unsigned EP titled "Zombie Show" - a huge step forward for the band. This EP was received well and also got positive reviews, even though the style and sound of music was vastly differed from "The Rorschach Test".
Half a year later, having endured another (big) line-up change and hours upon hours of drunken debauchery, Stagnant Project finally released a new single titled “Satanican Dream” on September 14th 2014. This track showcased yet another change in the band’s musical direction and, having been professionally recorded and produced, helped SP build a fan base all around the world.
Over the years Stagnant Project has shared the stage with most popular local bands, such as Sanctimony, Preternatural, Trendkill Method, etc., as well as supported such foreign titans as Sadistik Forest (FIN) Reanimator (CA), ##### (RUS), Some Call This Tragedy (FIN), NU-Nation (RUS), Lucifer (LT), Roadkill (LT), etc.